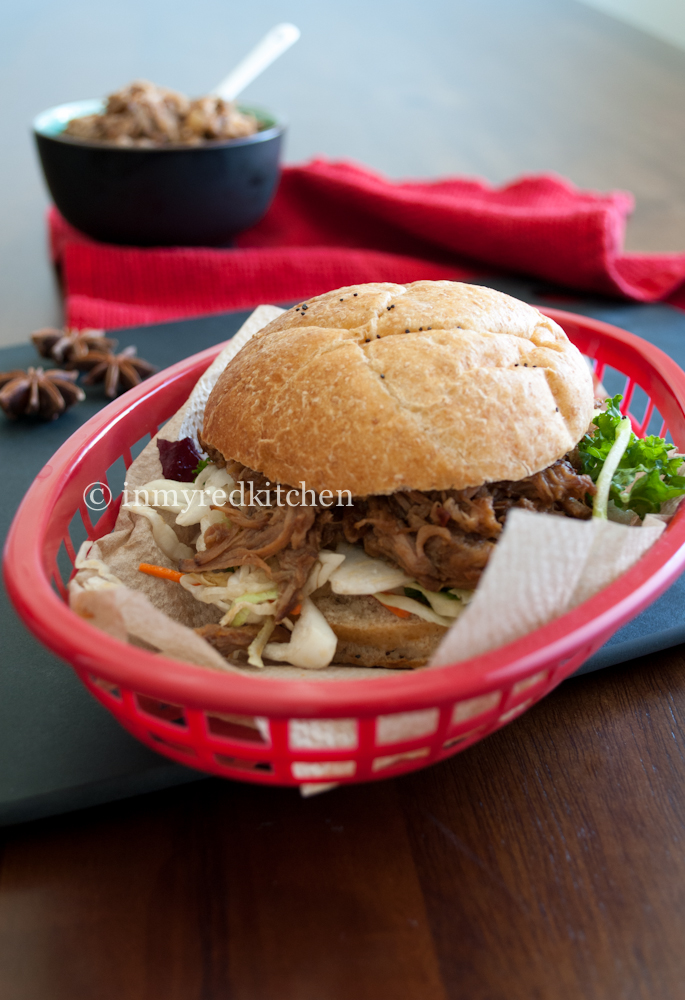 So you understand, I had to come up with a recipe and take my slow cooker out of the cupboard.

I left the pork in overnight and the next morning when I woke up I smelled something delicious. My first thought was ‘wow the neighbors are already cooking and it smells good!’
Only to realize half an hour later that the smell was coming from MY kitchen!

So far I did a good job!
And after pulling the pork and boiling down the sauce I can say for sure: this Chinese pulled pork is too die for! 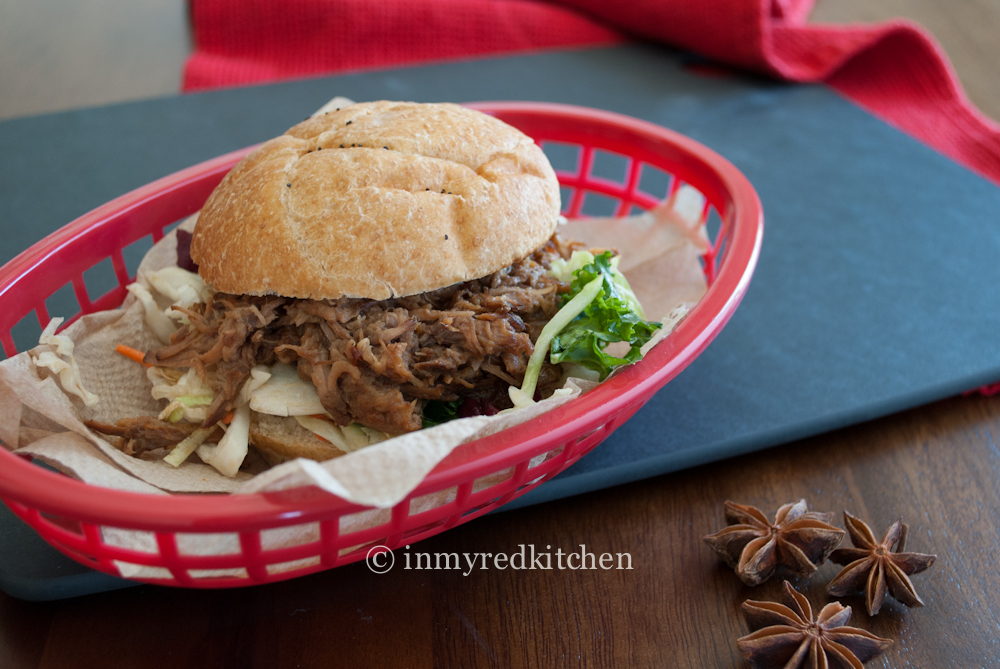 It’s so tender and tasty that if pulled pork was a common dish in China everybody would make my recipe over there 😉
It goes really well in a bun with sesame cole slaw or with white rice and steamed vegetables. Luckily this recipe makes lots and lots of Chinese pulled pork, you can freeze it or you can use all of it to feed your party guests.

And the baozi with pulled pork? That recipe is coming soon!

Yield: One large dish of meat 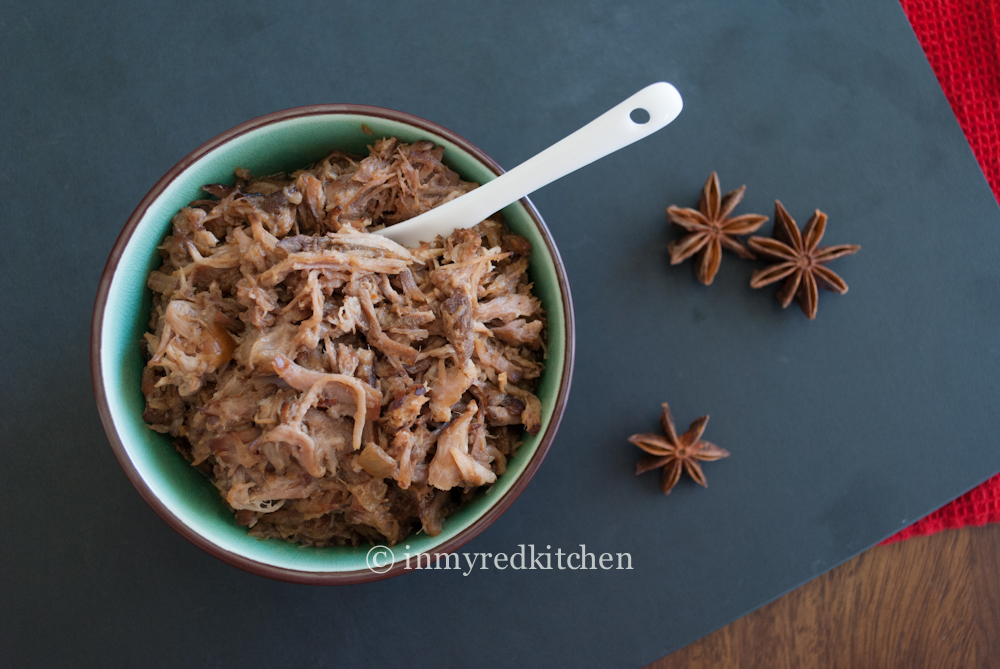 Tender and sweet Chinese Pulled Pork. Use a slowcooker to create this delicious recipe and eat it with white rice and steamed vegetables or on a (steamed) bun! 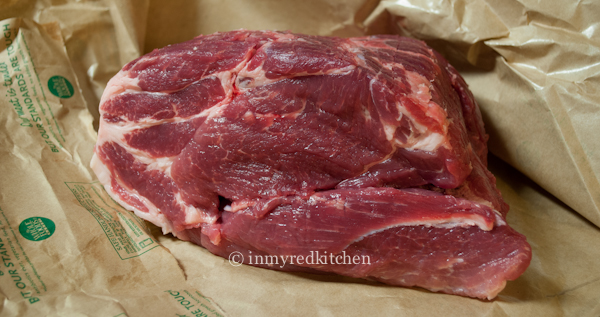 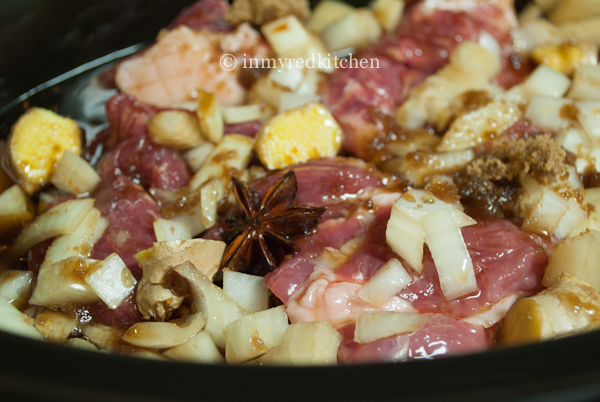 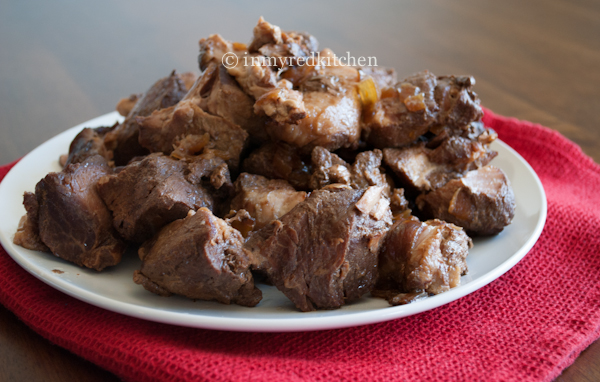 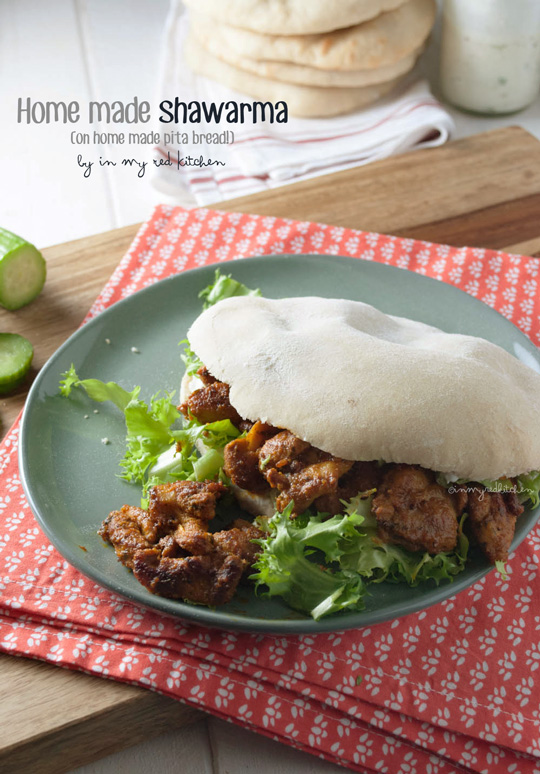 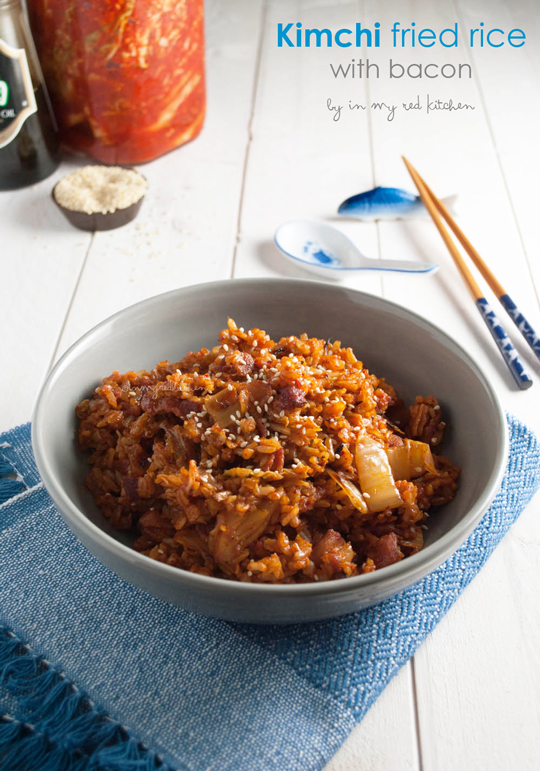