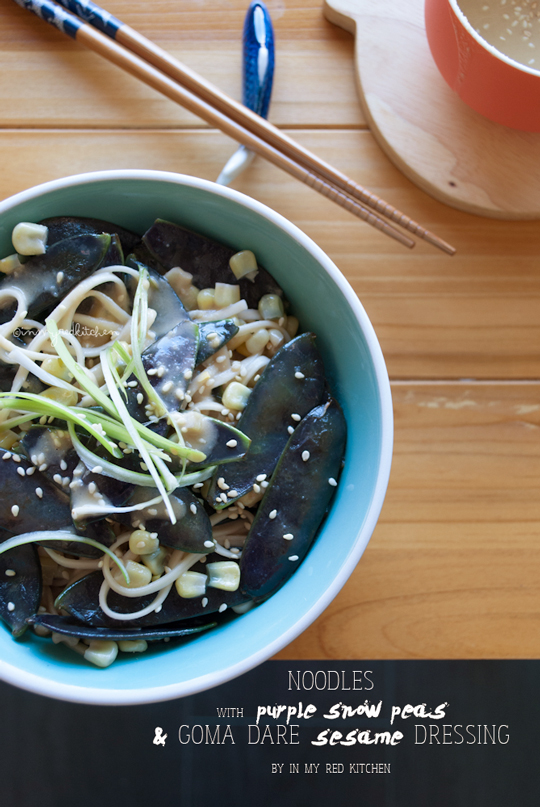 If I want to do my husband a favor than I have to serve him snow peas. And preferably raw. I try to eat them raw myself sometimes, but alas… I really wish I like them, so I can snack raw snow peas instead of potato chips or chocolate 😉 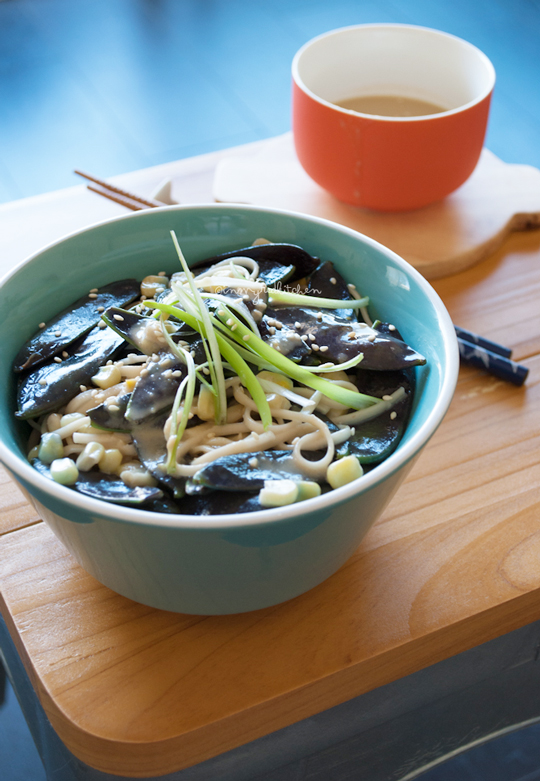 But first I had to think of what I would do with it. It has been a while since I cooked ​​something Asian and the Chinese supermarket is so far away. Well, it’s only a half hour drive but… but still! The Japanese supermarket was closer, especially now that I’ve discovered that there’s also quite a big Japanese supermarket on Sawtelle (a street full of Asian eateries in our neighborhood). And at the same time that I realized that the Japanese store was closer by, I also thought of a note that I had in my phone. One of the many notes by the way… but this is what it said: ‘Goma dare, Japanese sesame dressing’. 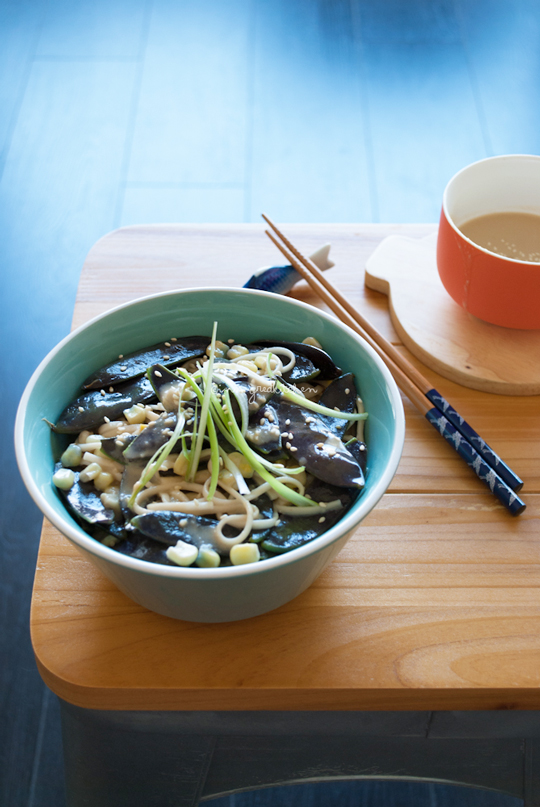 PJ from Nombelina asked me one time if I had heard about goma dare. That’s already been a year ago and I’m actually a little surprised that I haven’t had it in the meantime. Goma dare is indeed a sesame sauce that is served with shabu-shabu, and we eat a lot of Japenese food here in LA. Or bellies are so round because of all that Japanese ramen, sushi and okonomiyaki (Japanese pancakes). But shabu-shabu? I must need look up a place where I can eat that. There is still so much to discover in LA!

With shabu-shabu you hold a thin slice of beef briefly in a pot of boiling water and then dip it in ponzu sauce or goma dare. Sounds tasty! But I found a quick recipe to make goma dare at home and I used it as a dressing for some cooked udon noodles with snow peas an corn.

Really nice! From now on, I make sure I always have a bottle goma dare dressing at home, it’s a nice dressing that gives any salad an Asian touch! 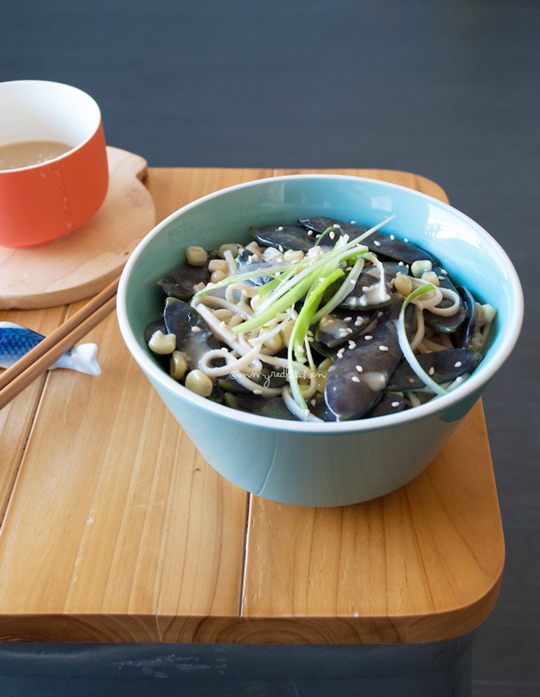 A delicious sesame dressing that gives the noodles and snow peas an Asian touch!

For the sesame dressing:
For the noodles:

Please note: The lovely people at Frieda’s provided me with the purple snow peas. Thank you Frieda’s!
You can find Frieda’s products at Ralphs and Sprouts (LA Area). If you can’t find what you’re looking for, you can always ask your produce manager at the local store to order from Frieda’s! 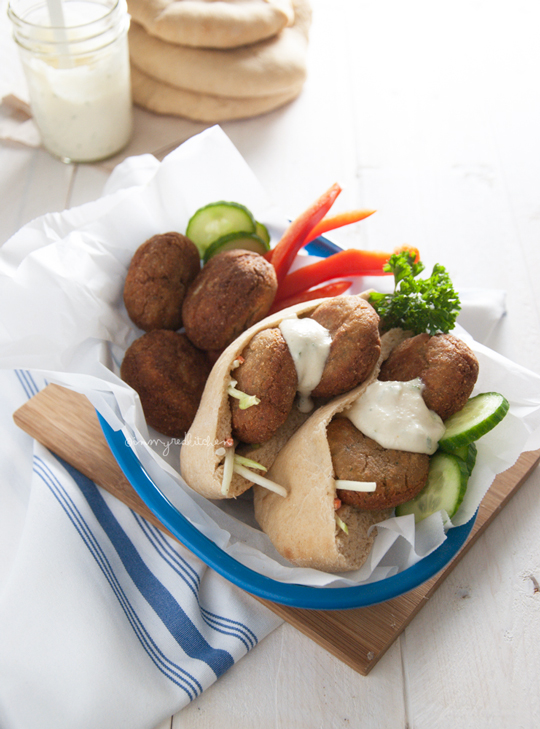